A short cut out animationfilm about the history of the KNSM area in the former Amsterdam harbour,
based on the mosaic “Farewell” (1960) by Dick ten Hoedt that is located in the former
arrival and departure hall of the Royal Dutch Steamship Company (KNSM).

Synopsis:
All of her lifetime a woman is waiting for her husband to return from the sea after they said farewell on the quayside as a young couple.
Overtime the environment has changed and
the former harbour area has turned into a contemporary living area.
In the end her adult son meets his girlfriend on the quay to end the cycle. 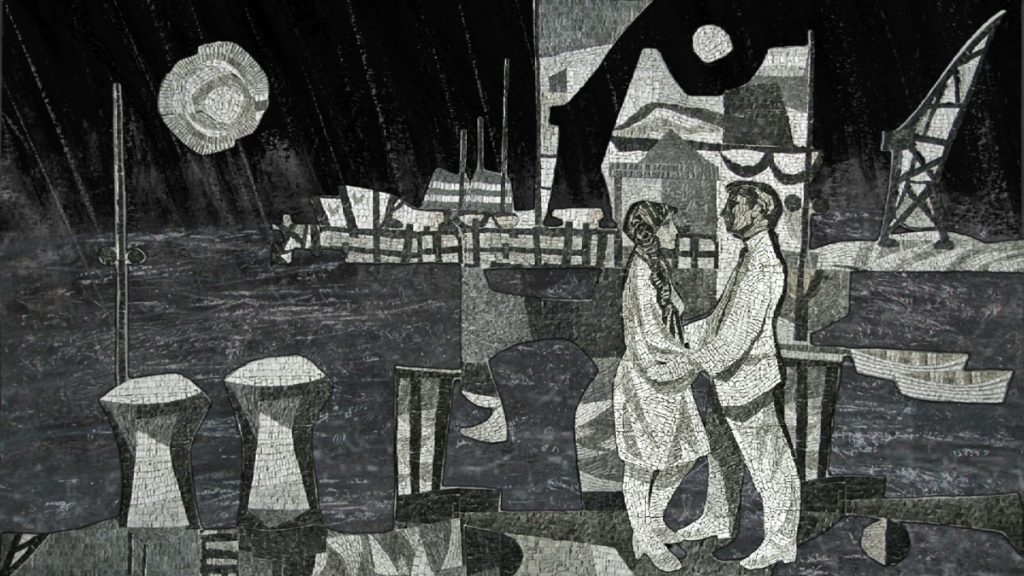 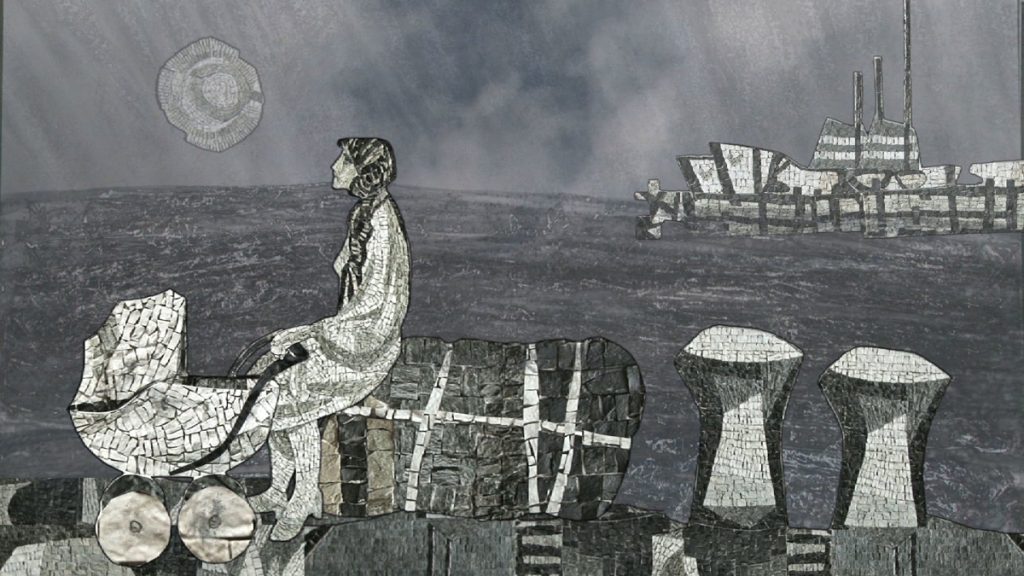 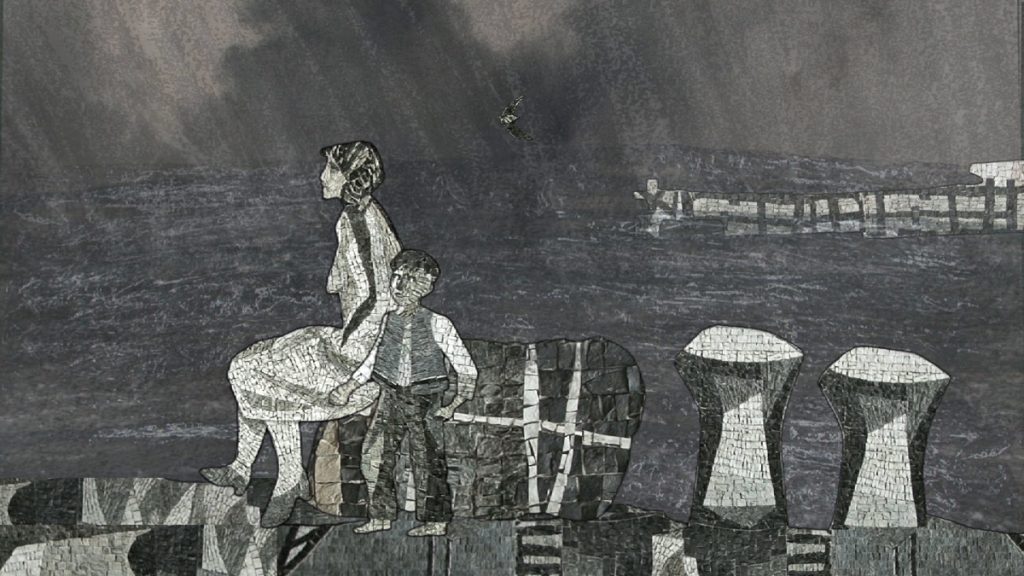