an installation for de Bagagehal of the former Amsterdam harbour area KNSM, consisting of a landscape of hand-painted paper and a stop motion animation film.

In the film two paper models of Japanese Haniwa clay figures from the 6th century come alive. The original sculptures are called “dancing people” and are on display at the Tokyo National Museum. Haniwa (which means ‘circle of clay’) are cylindrical terracotta clay figures that were made for ritual use. They are hollow sculptures that decorated the surface of the monumental mounded tombs built for the Japanese elite.

The film is embedded in a paper landscape similar to the one in the film. Being physically in the landscape, listening to the music through the headphone, ensures that you experience the intimacy that is in the film even better. 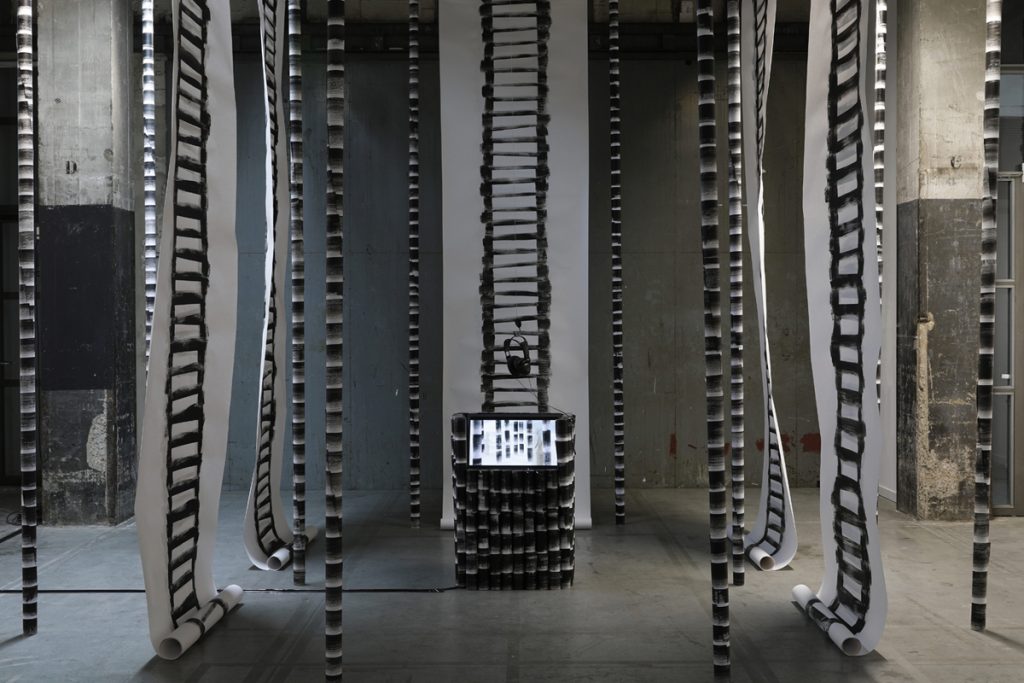 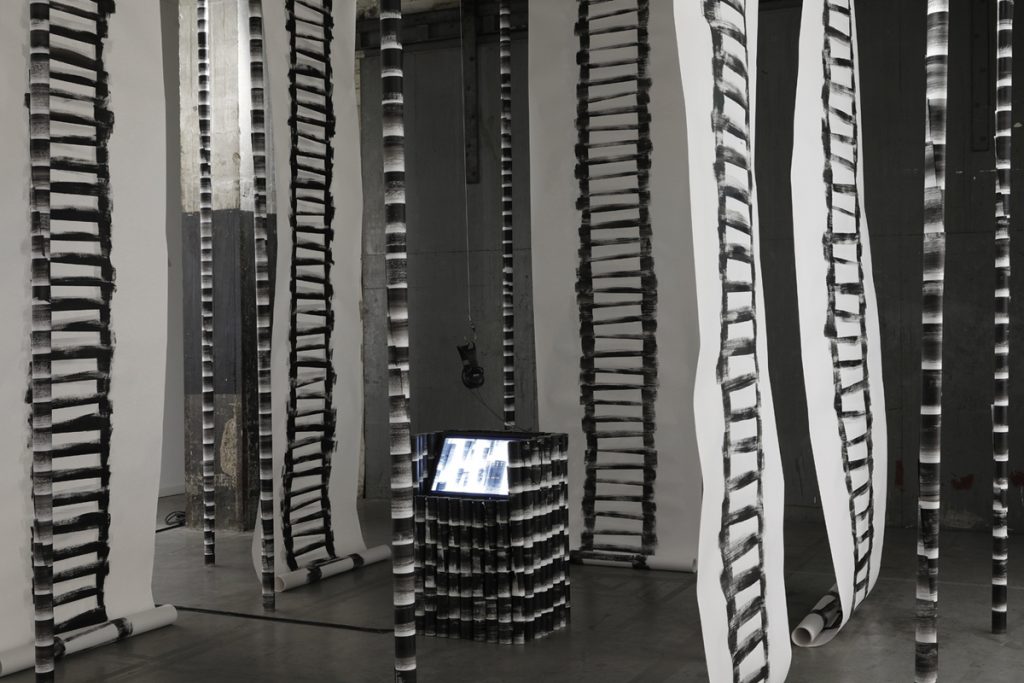 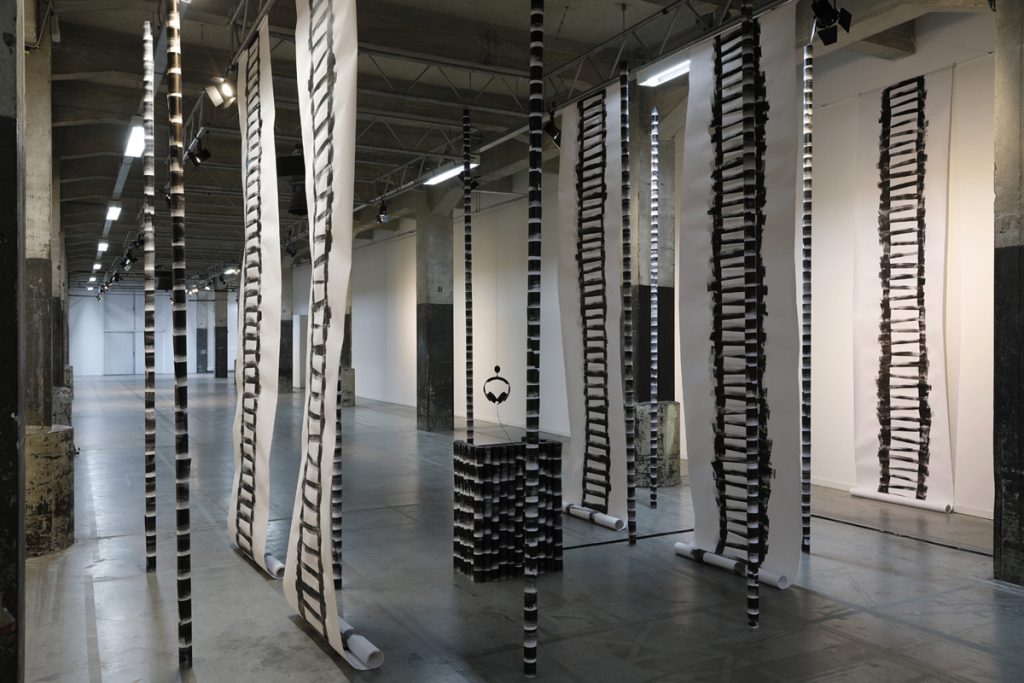 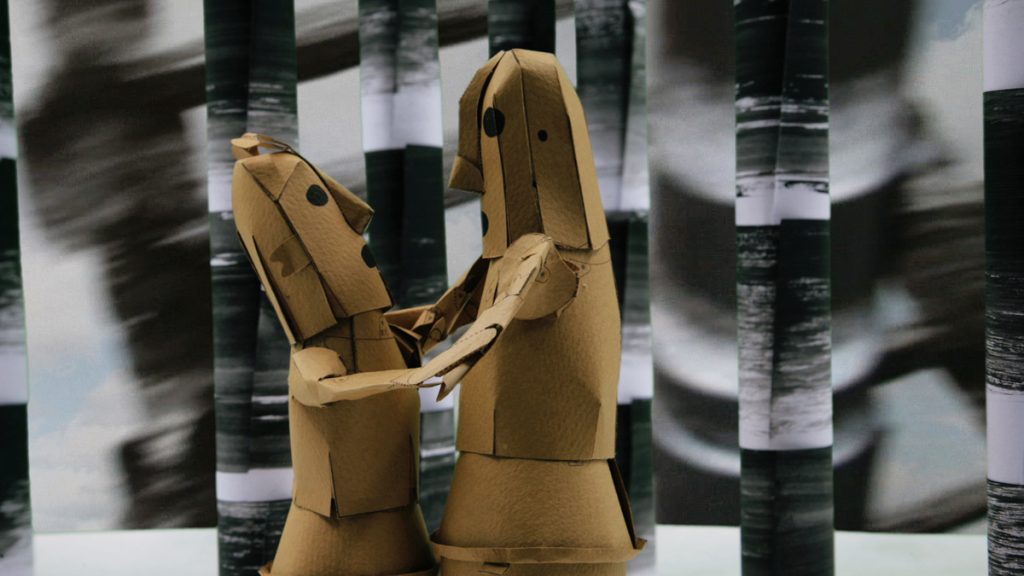 In Transit Monument to the Past